Who Can Sue on behalf of a Child who is Injured? 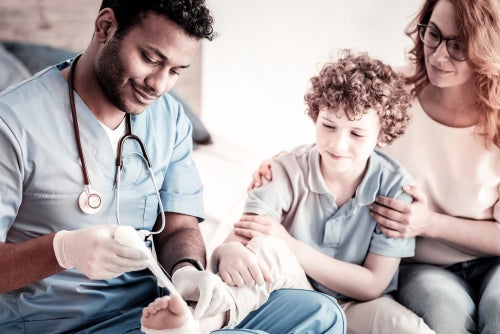 An injury to a child is one of a parent's greatest fears.  Some injuries are more severe than others and may result in extensive medical treatment and medical expenses. Slip and falls, dog bites, car accidents, and even abuse from caretakers are common injuries sustained by children. When these injuries are caused by the fault or negligence of others, then the injured child is entitled to compensation for damages.

What types of Tutorships are there under Louisiana Law to file a suit for a child who is injured?

There are four sorts of tutorships:

Tutorship by the effect of the law;

Tutorship by the appointment of the judge.

Who is the Natural Tutor to file suit on behalf of a child that is injured?

All those cases are called tutorship by nature.

(1) The surviving parent of the minor child.

(2) The parent under whose sole care the minor child has been placed when the parents are divorced or judicially separated from bed and board.

When a child under your care has suffered an injury, it is important to speak to an attorney to discuss the rights of the child, and to determine the necessary steps to proceed with a claim. If your child has sustained an injury, he or she may be entitled to compensation. Please give us a call for a free consultation to discuss your rights, and possible claim. This is provided for informational purposes only and not for the purpose of providing legal advice.