Kiefer & Kiefer obtained a Temporary Restraining Order today in Civil District Court on behalf of Judge Christopher Bruno against his election opponent, Jennifer Medley. Jennifer Medley's campaign planned to air a false and defamatory advertisement during the New Orleans Saints Monday Night Football game. Megan Kiefer and co-counsel, Joe Bruno, filed an emergency Petition in court. A judge found the ad to be patently false and enjoined the campaign from running the ad. 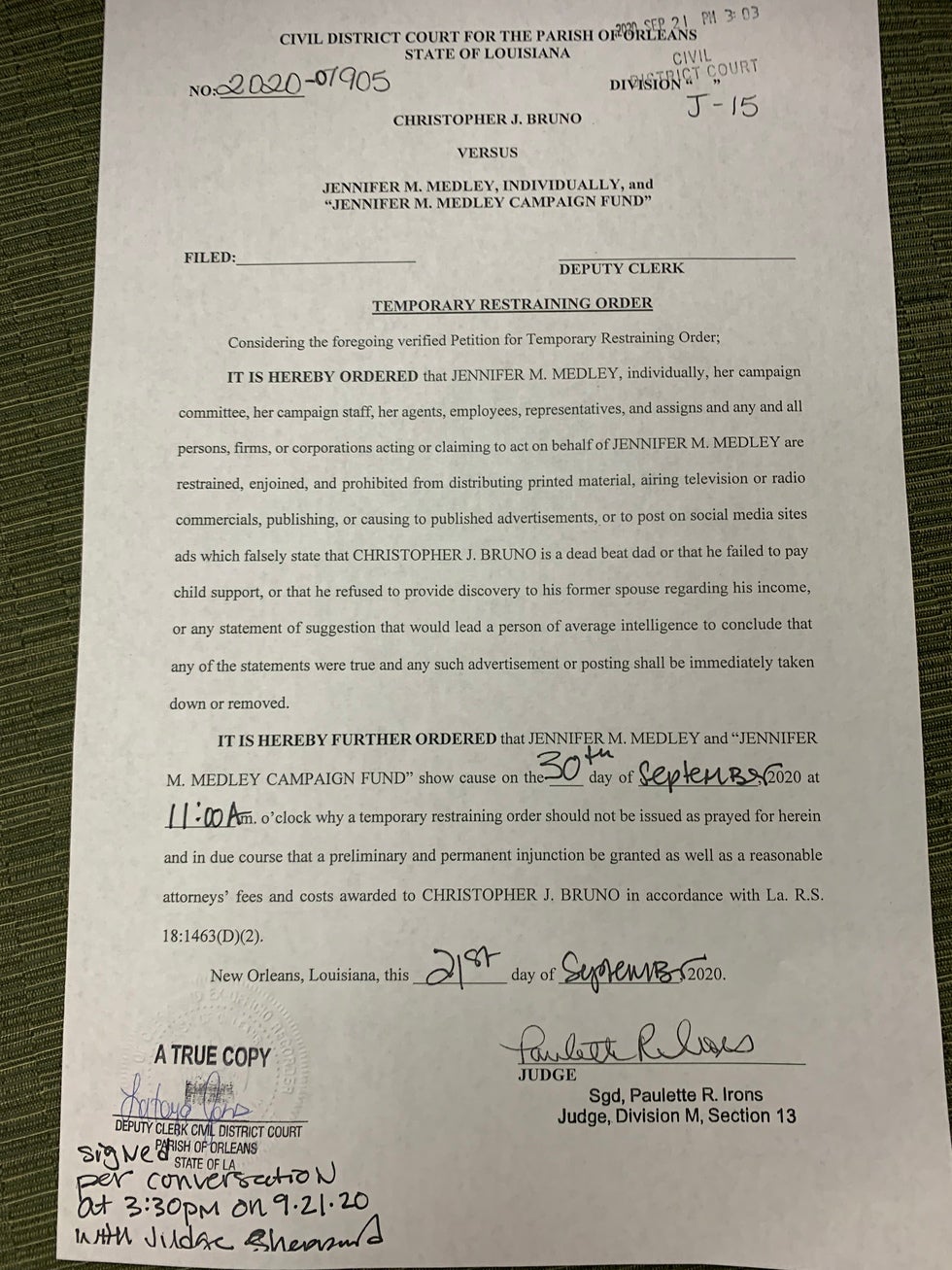